I sit here behind the glass and the stars roll up to meet me, and I once again feel the need to cast my voice out into the void. Fourteen months, travelling the universe on spaceship Earth; has it really been so long? A year gone by, a year of writing lost, but hardly a lost year.  Truthfully, it wasn't my year at all, except from the sidelines. In 2013 my son turned six, learned to swim, to ride a bike, throw and catch a baseball like you wouldn't believe, and fought and won against a nasty case of appendicitis that led to a permanent eviction of the offending organ. It won't be missed. For me it was a year of surfing, working, and reading (always reading), and very little fretting over the ideas sleeping restlessly in my head. Who knows but that 2014 may be another "lost" year, but the fact that I'm back on this blog argues against it. Until next time...
Posted by Don Doggett at 10:47 PM No comments:

Almost More Than I Could Chew. . .

But man, it was tasty. Several long months ago, I picked up a copy of The Three Musketeers, a book I'd always meant to read. It may well be the most purely entertaining novel I have ever opened and, in the spirit of the four worthies Athos, Porthos, Aramis, and the unequaled D'Artagnan, I made a vow: I would read all of the musketeer books, five total (over a million and a quarter words), this year. I finished The Man in the Iron Mask last week, and I will assert with complete confidence that there is not a greater work of popular diversion yet created, and certainly no better character than M. D'Artagnan. Eight months well spent. I salute you, Alexandre Dumas. You were truly the prodigious talent they say you were.

Waves, Women, and Wonder, or What I've Been Reading Lately

Recently, a friend loaned me a copy of Charles Bukowski's Women, which stoked me out. I haven't read any Bukowski in years, but I have to say that the older I get the more I like his work, especially his prose. He's funny, filthy, frank in his prejudices and, most important, he gets to the dark dirty heart of the human condition. (Did I mention he's funny as hell to read?)

I love going in bookstores and browsing for used and bargain books, because you just never know what kind of awesome strangeness you're going to dig up. Case in point: just a few weeks ago I found a collection of Prince Valiant comics entitled Far from Camelot. But big deal, right? Well, what I didn't know, mainly because I haven't read a paper with Prince Valiant in it in over a decade, is that Garry Gianni, one of the greatest pulp illustrators since Frank Frazetta, has been the illustrator of Prince Valiant since 2004. If you have no idea how cool that is, then you really Have No Idea. (They have them at Logos, Sean. Take the walk.) Gianni has brought all of his Conan, Solomon Kane, Bran Mak Morn, and H.P. Lovecraft sensibilities to a free, weekly, Sunday comic. The world is truly not worthy.

Finally, I just (yesterday) finished reading Chris Dixon's Ghost Wave, a nonfiction account of the discovery and eventual surfing of Cortes Bank that reads like a 250 page article for Outside magazine. It's good, actually better than good, but it's best read over many days in chapter size or smaller segments, and not necessarily in sequence. I don't know how you'd like it if you don't surf, but I found it fascinating, and it seems that reading about the Bank has somehow made me less fearful to charge the relatively tiny waves I like to surf while still leaving me with plenty of respect for the fickle power of the ocean.

I know, that's funny, coming from a public blog, but there it is. My writing life lately has been a mostly internal affair and, to be honest, I'm pretty happy with it. Hence, no posts since March. Used to be (way back then) I'd chime in on twitter or facebook to roust some eyeballs for this page, but it's just not terribly important to me lately. Lately I'm content to surf a couple of days a week, log the session in my journal, tinker around with a manuscript I've been tinkering with for the past year, and read a lot. I think it's a reaction to what seems to be the hyper-monetizing of every aspect of modern life. It's sickening to me, really, and I feel no need to get anyone's attention. In fact, it's a pretty magical feeling to create a really nice work of art (poem, story, drawing, whatever) and share it with just a few people, for their own private enjoyment. That's something you can't discount, much less put a price tag on.
Posted by Don Doggett at 2:40 PM 1 comment:

Sometimes you finish a book, and the overriding feeling you get is of accomplishing a feat of endurance. Just so with the Mahabharata, the great Hindu epic of India. Now, the work in its entirety is eighteen volumes, so my one volume summary and translation is more like the Mahabharata Cliff's notes, but at 800 pages requiring over a month of dedicated reading, it was still quite a bit more substantial than a mere gloss. It was, to be frank, an effort to read it. Worth doing once, to be sure, but work nonetheless, and an effort I wouldn't have undertaken fifteen years ago, having in those days no tolerance for countless digressions and highly exaggerated and nearly interminable (even in summary) scenes of battlefield carnage.

In all honesty, it's an effort I probably wouldn't have undertaken now if not for another work: comic writer Grant Morrison's 18 Days, a retro-future (or more correctly, futuristic deep history) re-imagining of the eighteen day Bharata war, full of jaw-dropping illustrations by Mukesh Singh. 18 Days is, in a word, rad, and it's radness is such that it manages to infect the original with an apocalyptic relevance that makes it seem somehow less overblown and more accessible to the 21st century reader weaned on Science Fiction. If this seems trite, be assured that's not my intention. The Mahabharata is a great work, and certainly worth reading in summary with selected translations. The characters are astounding, particularly the incomparable man/god Krishna, and there are passages of incredible humanity and day to day relevance scattered like precious gems throughout. But it's not a casual read by any stretch of the imagination, and your mileage will vary with your patience.
Posted by Don Doggett at 10:29 AM No comments:

An Irate Looks At Forty

Not quite a week ago I turned 40 and for the past several days I've been trying to figure out if it means anything. The only real conclusion I've come to is that if I haven't figured it out by the end of the year, I'm letting it slide. I've learned this much in 40 years - You can't know everything, you can't control most things, and you shouldn't have to finish anything that's wasting your time. Also: Platitudes come easier with age, but they still smell like bullshit.

Hell, I'm not sure I'm even a grownup yet, or what that means. Just look at my birthday gifts: A trip to the Monterey Bay Aquarium (a shared present with my son and my wife), a Wave caster-board (a two wheeled device that's ridiculously fun but mostly ridden by eight to twelve year-olds), and a copy of the Mahabharata (abridged at almost 900 pages). I can't make sense of any of these things in combination and I suspect I shouldn't try. Better just to let it slide and go surfing instead. 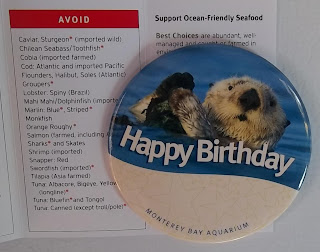 The Slim Margins Of Magnificence

I haven't been writing much in this new year, but I have burned through four or five books in the past three weeks- a survey on popular crime, a book on presidential sex scandals, a biography of Muhammad Ali, and the biographical segment of a book on Leonardo da Vinci. On the surface they don't seem much related, and I suppose they're not, not really, but one thing that struck me after reading them is a sense of the temporal brevity of any one person's fame (or infamy, in the case of crime and scandal). That a book of two hundred to four hundred pages can contain the significant instances of a man's life (several men usually), hold him in essence like a specimen in a glass jar, is incredible, humbling, and terrifying, all in one big burrito.

It also says, to me at least, that even the best of us, leading the most eventful of lives, have spent an incredible majority of their time doing utterly mundane things. I suppose that could be depressing, knowing that we're all in thrall to the inescapable ordinariness of life, but it also means that any one of us on any given day is only ten minutes of determination and luck (good or bad) from transcendence. It means too that even the greatest in our midst are still ninety nine percent human being, godlike for the blink of an eye, but no more. Time runs away, my friends, even if you don't bother to chase it. 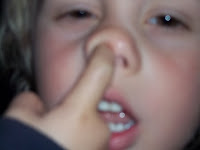